AMD is expected to launch Ryzen 6000 series CPUs in 2022, which is hoped to support DDR5 memory for the first time. According to the latest report, a mysterious processor with an unknown model appeared on the BAPCo CrossMark running score website.

The model of this processor is shown as “AMD Eng Sample: 100-000000560-40_Y”, which is an engineering version. The processor has 8 cores and 16 threads, with a base frequency of 4GHz. This running sub-platform uses a motherboard called M3402RA from Asus, equipped with 16GB dual-channel memory, the frequency is 4800MHz, and it is expected to be DDR5 memory. 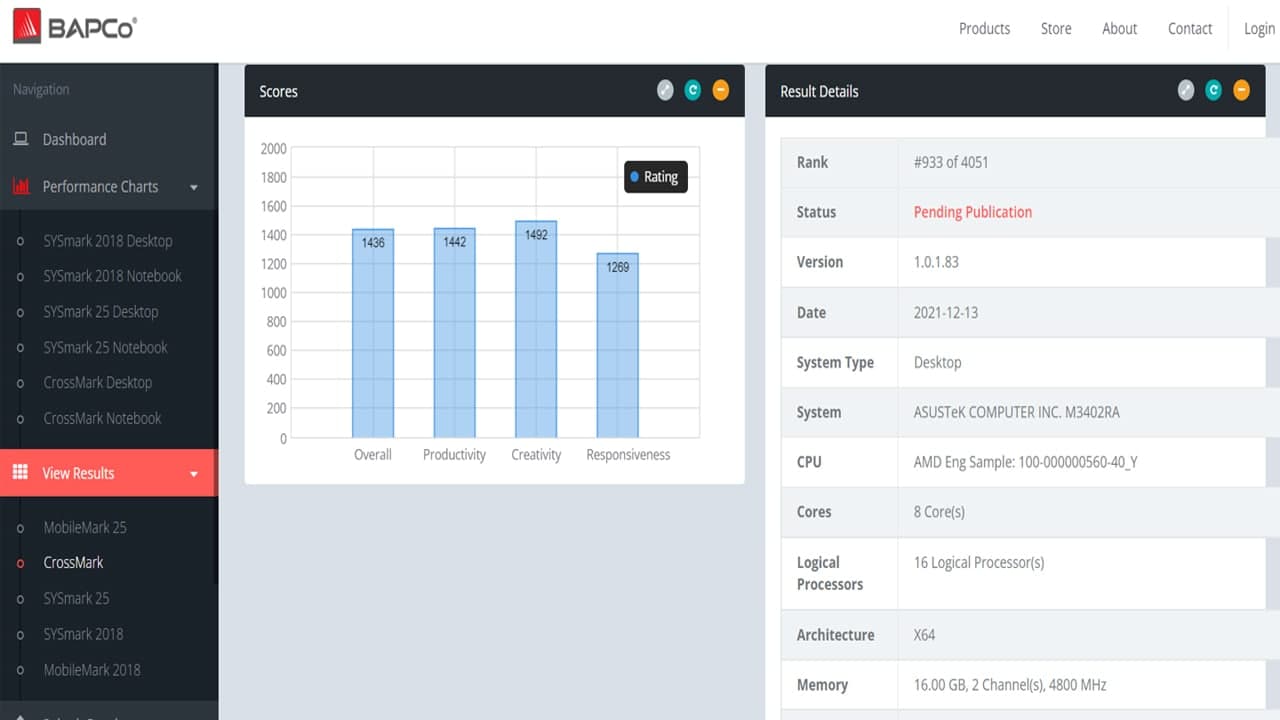 Furthermore,  this AMD processor scored 1426 points in CrossMark, which is at the same level as AMD R7 5800H and Intel i7-10870H. It should be noted that the processor is not the real official version, so the running scores are for reference only.

New camera features and April 2020 security update rolling out for...