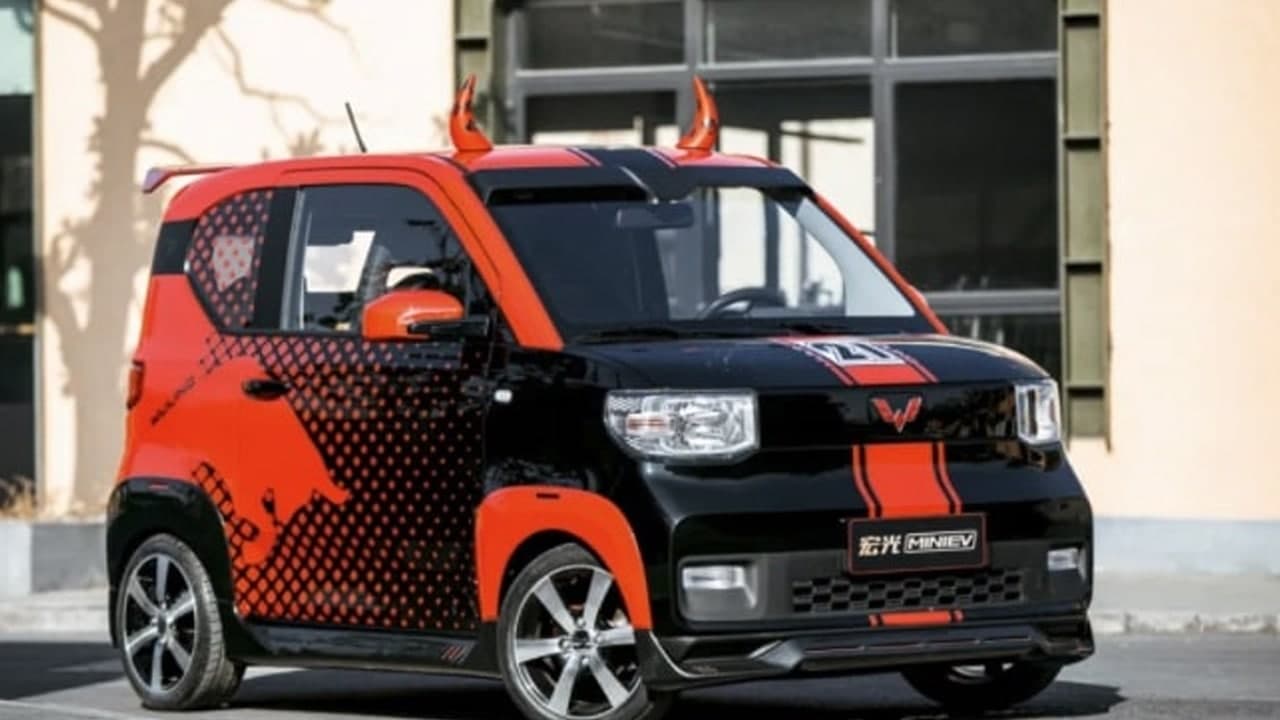 The commemorative model is creatively modified from the original car model with elements of the Year of the Ox. The body uses red and black colors, the body decals use a bull pattern, and the roof has a pair of horns.

The front face is designed with a ’21’ pattern on the front hood that implies a new starting point in 2021. The side part is affixed with a specially designed two-dimensional cattle logo LOGO, and it also uses an enlarged wheel to match the color wheel caliper.

The acquisition method and channel of Hongguang MINI EV commemorative conversion kits for the Year of the Ox will be released at the end of January through official platforms such as Wuling Motors Official Account.

As per the report, that since Hongguang MINI EV went on the market in July 2020, its sales exceeded 150,000 in only half a year.