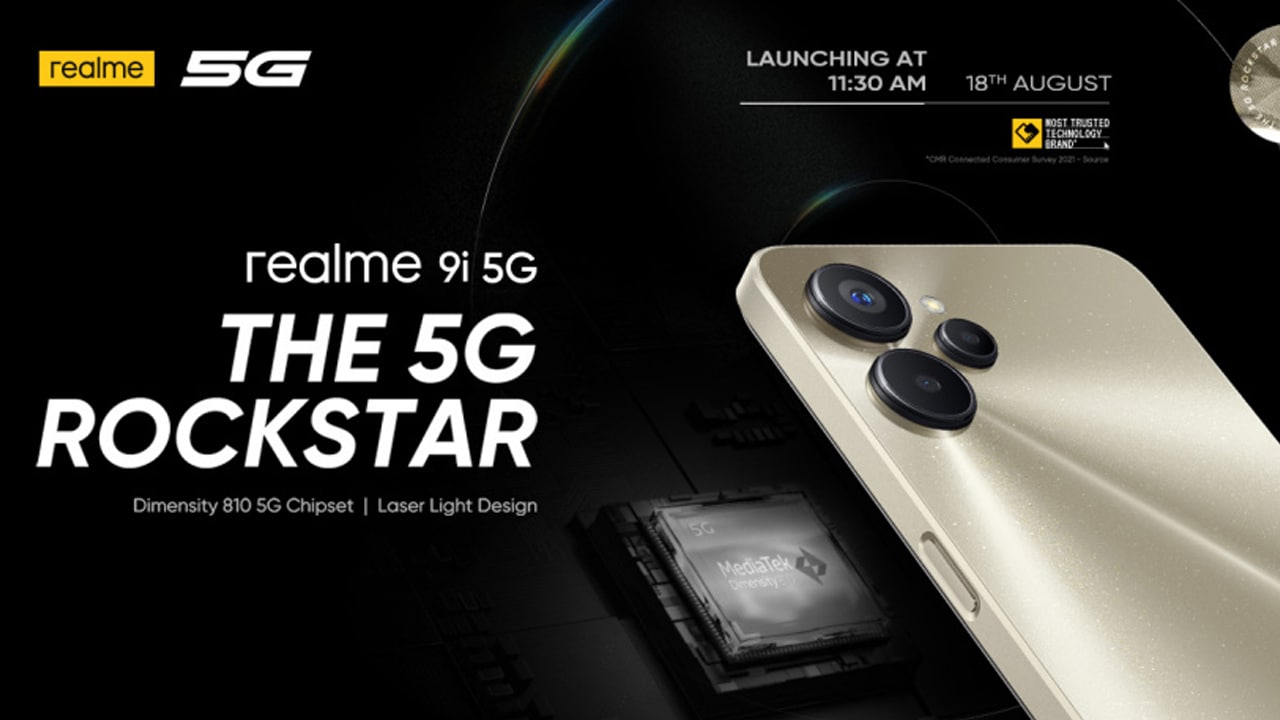 A few days ago, realme India CEO Madhav Sheth revealed that Realme will launch affordable 5G mobile phones in India. He previously said that the brand will not launch a 5G version of the realme 9i for India in the near future, citing that there is no 5G network available in India yet.

But with India’s 5G spectrum auction, officials also confirmed that India’s 5G network will be launched in October. Now, realme says it will hold a launch event on August 18th. In addition, the official also promoted the specifications of the new phone.

According to reports, the realme 9i 5G is equipped with the MediaTek Dimensity 810 chip, with three rear cameras, providing three storage options of 4GB+64GB, 4+128GB, and 6+128GB, and three colors black, gold, and blue. It is expected to be less than 15,000 rupees.