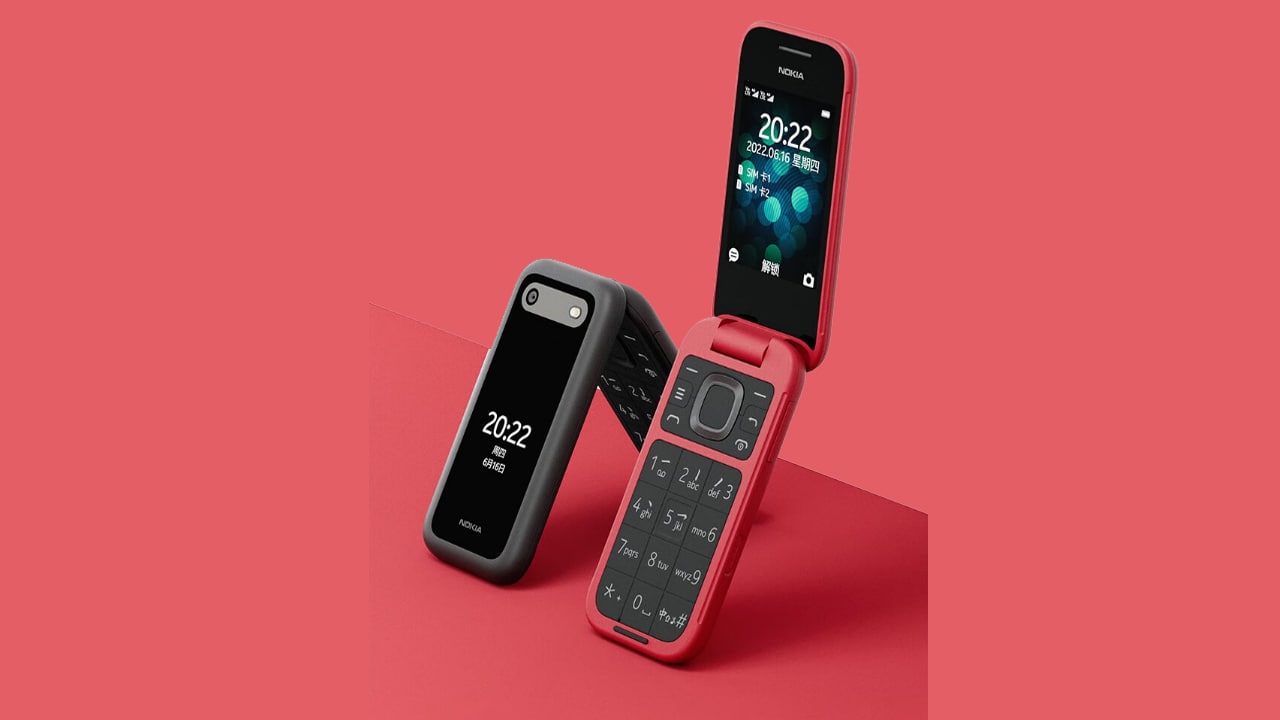 The Nokia 2660 Flip actually has an optional charging stand for an extra £20/$39. The Nokia 5710 XpressAudio has a rather peculiar shape. From the front, it looks like an ordinary candy bar-style feature phone. It has a 2.4-inch QVGA display and a classic T9 keyboard. There is also a charging compartment at the back, which can be accessed by sliding the plastic cover.

The charging case holds and charges a pair of TWS true wireless earphones, providing 4 hours of music playback per charge, or 2.4 hours of talk time. HMD says the Nokia 5710 XpressAudio’s removable 1450mAh battery can provide up to 6 hours of talk time on 4G networks and up to 20 days of standby time when two 4G SIM cards are inserted.

In other configurations, the device provides a 3.5 mm port, Bluetooth 5.0, 128MB of expandable storage space, dedicated music control buttons, support for FM radio, a micro USB port, and a VGA-quality camera. The device is powered by the ancient Saipan S30 operating system and supports microSD expansion (up to 32GB).