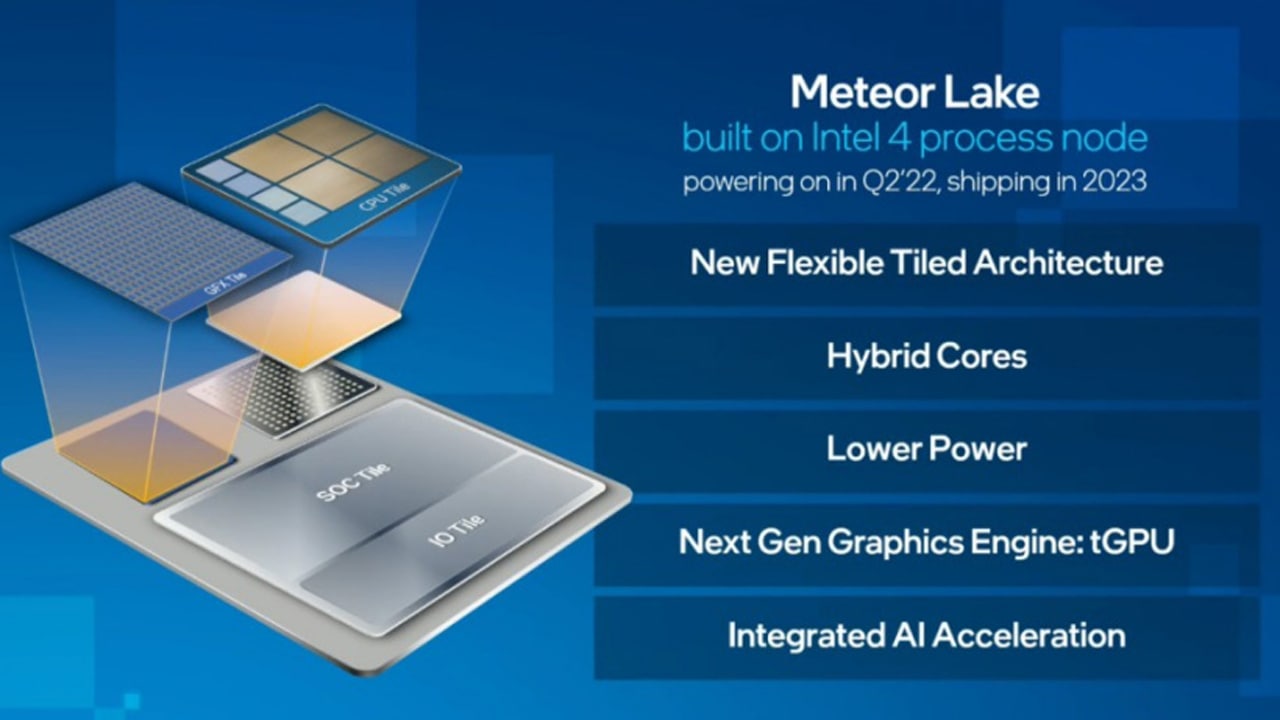 Intel’s second quarter was not good, due to the decline in PC purchases, revenue fell 22%. Yesterday, TrendForce released the bad news that the Meteor Lake processor will be delayed by one year, which is to be launched in 2024, but now Intel officially responded and denied the news.

According to The Verge, Intel spokesman Thomas Hannaford said that not only are these rumors untrue, but Meteor Lake processors will hit the consumer market in 2023. At the same time, Intel CEO Pat Kissinger also stated on Intel’s second quarter 2022 earnings call that the company will deliver Meteor Lake in 2023, and said that the series of chips are available both internally and in customer labs. Performed well and has been widely sampled to customers.

It is understood that the Meteor Lake series processors are the first products of Intel’s 4 (7nm) process, and are said to be the first to use extreme ultraviolet lithography (EUV) in manufacturing. For the first time, the processor has a modular design that can be stacked with chiplets of different processes.

Yesterday TrendForce also stated that Intel will not even begin mass production of a key component of Meteor Lake before the end of 2023, “this event has greatly affected TSMC’s production expansion plans.” In response, TSMC also responded that it will not evaluate the business of individual customers, but the company’s production capacity will be carried out as planned.