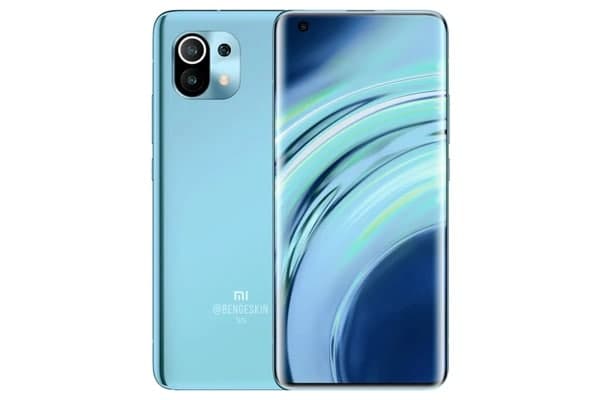 The most popular and highly anticipated model in the mobile phone circle recently is naturally inseparable from the Xiaomi Mi 11 series, which is expected to debut at the end of this year with the world’s first Qualcomm’s new generation flagship processor Snapdragon 888.

As the release time approaches, the appearance of the phone, especially the design details of the back, has been exposed a lot, and now there is the latest news. Recently, digital bloggers have further brought more details about the front of the phone.

According to the latest information released by digital blogger @DigitalChatStation, it is basically the same as the previously leaked news. The new Xiaomi Mi 11 series will use a four-curved hole digging screen, but instead of centering the hole, it will still dig the hole in the upper left corner.

At the same time, the curvature of the screen is smaller than that of the waterfall screen. But from the perspective of the rendering, thanks to the extremely narrow bezel experience brought by the four-curved screen, the visual impression of Xiaomi Mi 11 is very good. At the back, the smartphone will use a square camera module with three cameras, the largest of which is suspected to be a 100MP main camera.

In other respects, the new Mi 11 series will continue to adopt a full-screen solution with punch holes. Mi 11 is a straight screen and Mi 11 Pro is a 2K quad-curved screen. Both will support a 120Hz refresh rate and a native 10bit color depth display.

In addition, the biggest highlight of this smartphone is that is will be equipped with a new Snapdragon 888 processor, manufactured with the latest Samsung 5nm process, and integrated Snapdragon X60 5G baseband, which is also Qualcomm’s first integrated flagship with its own baseband. The mobile platform fully supports 5G network technology. In addition, Mi 11 will support 55W fast charging, while Mi 11 Pro will support 100W super fast charging.

It is reported that the new Xiaomi 11 series flagship will officially meet with you at the end of this month and will be the first to be listed in early January. It is expected to become the first Snapdragon 888 flagship that can be purchased.

TikTok will develop a new headquarters in Dublin, that can accommodate...

Tesla and Toyota will release a compact electric SUV

GM is considering launching an electric version of Corvette SUV