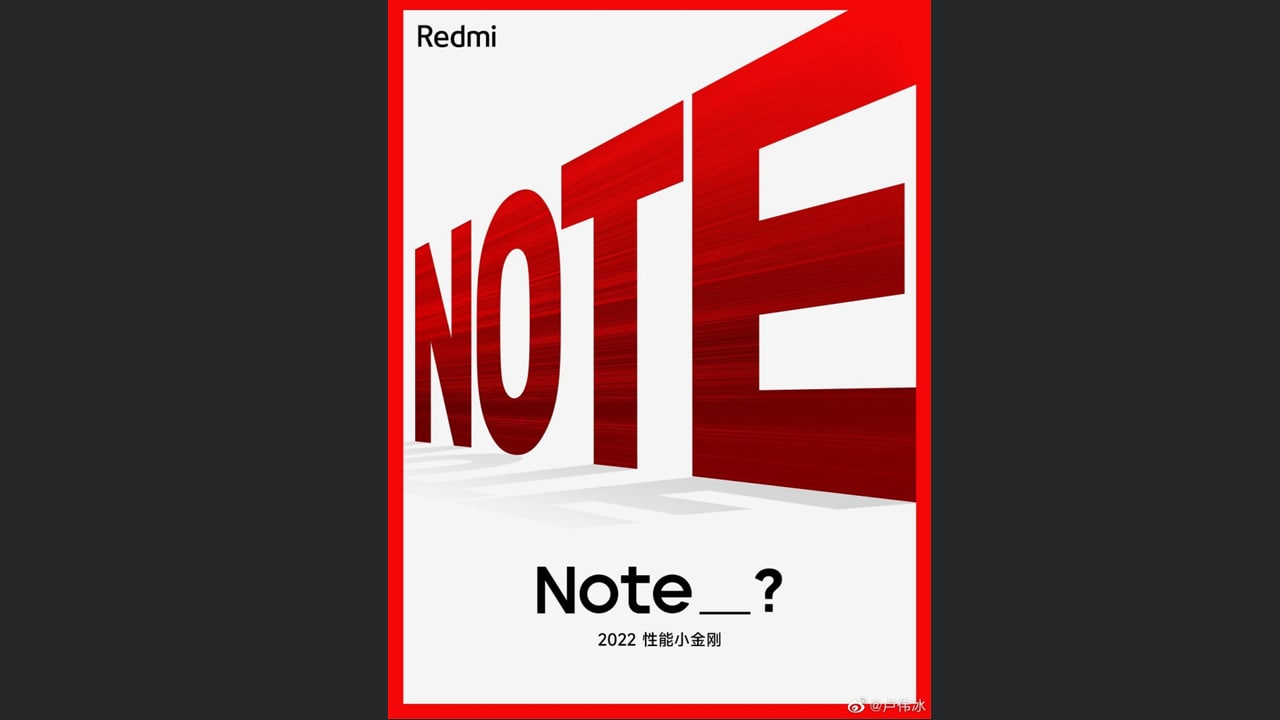 However, Lu Weibing, general manager of the Xiaomi Redmi brand, said on Weibo today that some Mi Fans said that the names of the two generations of products are easy to confuse, and it seems that the next generation will be renamed.

As you can see from the poster, the name of the next generation may still start with Redmi Note, but the last number 12 is changed. There is no news about the new name.

Moreover, the new iterations of the Xiaomi Redmi Note series have entered the Ministry of Industry and Information Technology, with model numbers 22041216UC and 22041216C.

Furthermore, internet access information shows that the two new phones are equipped with 6.6-inch screens, and the measurements are also 163.64×74.29×8.8mm, with 4980mAh and 4300mAh batteries respectively, and the Android 12 operating system is pre-installed.

Weibo blogger @Digital Chat Station said that this series will be a mid-range device with high recognition, high performance, and high battery life. According to the information, the Redmi Note iteration series is equipped with a MediaTek processor, not the latest Dimensity 8100, but maybe equipped with a Dimensity 1300 chip.

In addition, new Xiaomi phones with model numbers 22041216UC and 22041216C have been approved and announced, which may be the Redmi Note 12 series. Lu Weibing also posted a Weibo recently, showing the small tail of the “Xiaomi mobile phone”, causing users to speculate.