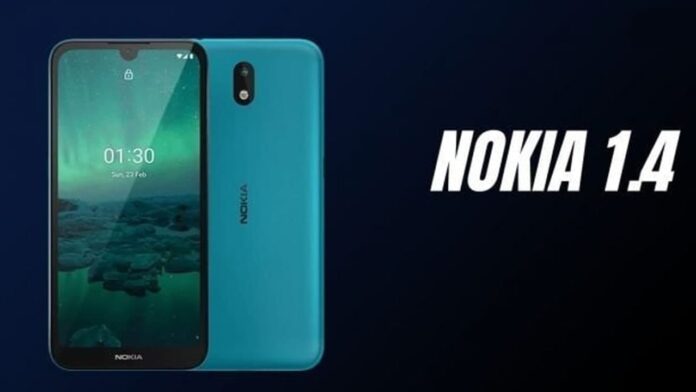 Nokia launched the Android Go smartphone Nokia 1.3. It now appears that the company is preparing to update its entry-level smartphone lineup with Nokia 1.4. The key specifications of the upcoming Nokia 1.4.

This upcoming entry-level Nokia device will be furnished with a large HD + resolution display, a quad-core processor, 1GB of memory, a 4000mAh battery, and dual rear cameras. . The cost of the Nokia 1.4 will be less than 100 Euros, and it will run Android 10.

Nokia 1.4 will use a 6.5-inch HD+ LCD display. Similar to the previous generation, Nokia 1.4 uses a water drop screen design for selfie cameras. This smartphone will use a 1.3GHz quad-core processor, supplemented by 1GB RAM, and 16GB of storage space. 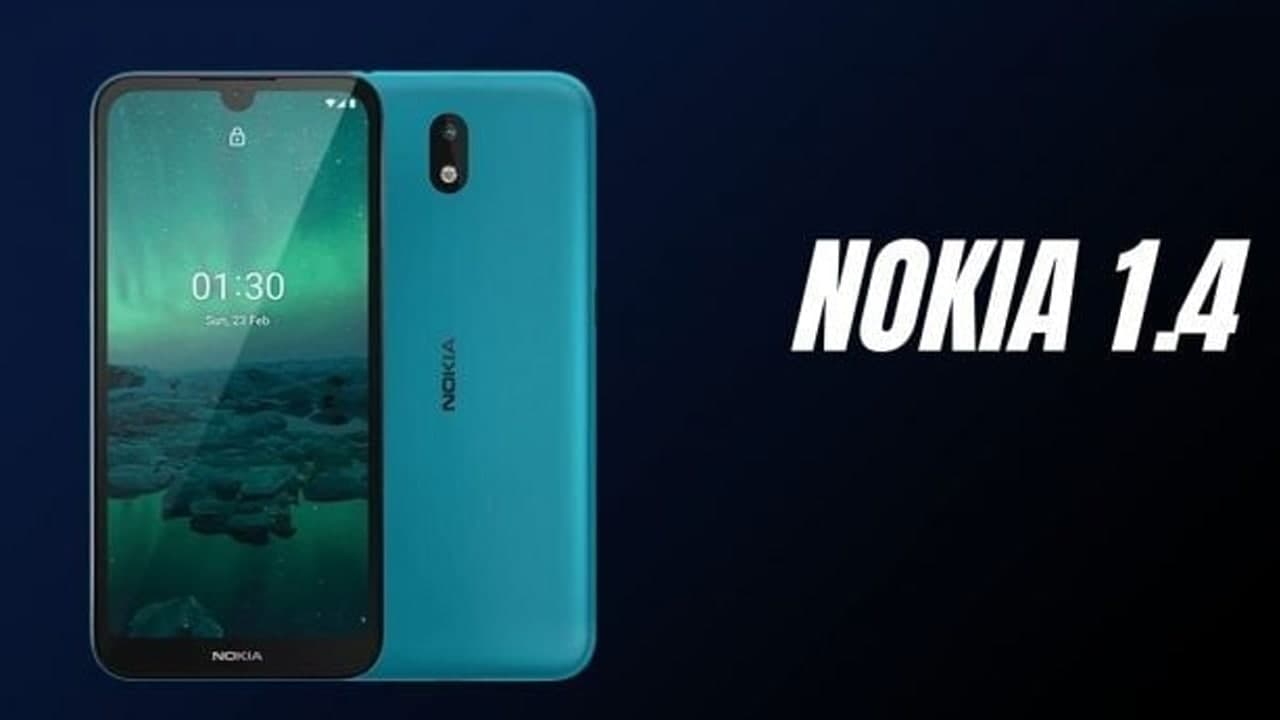 Users will be able to increase the storage space (up to 128GB) through the micro-SD card slot. Nokia 1.4 will be pre-installed with Android out of the box. 10 system. In terms of taking pictures, Nokia 1.4 will provide dual rear cameras with LED flash. 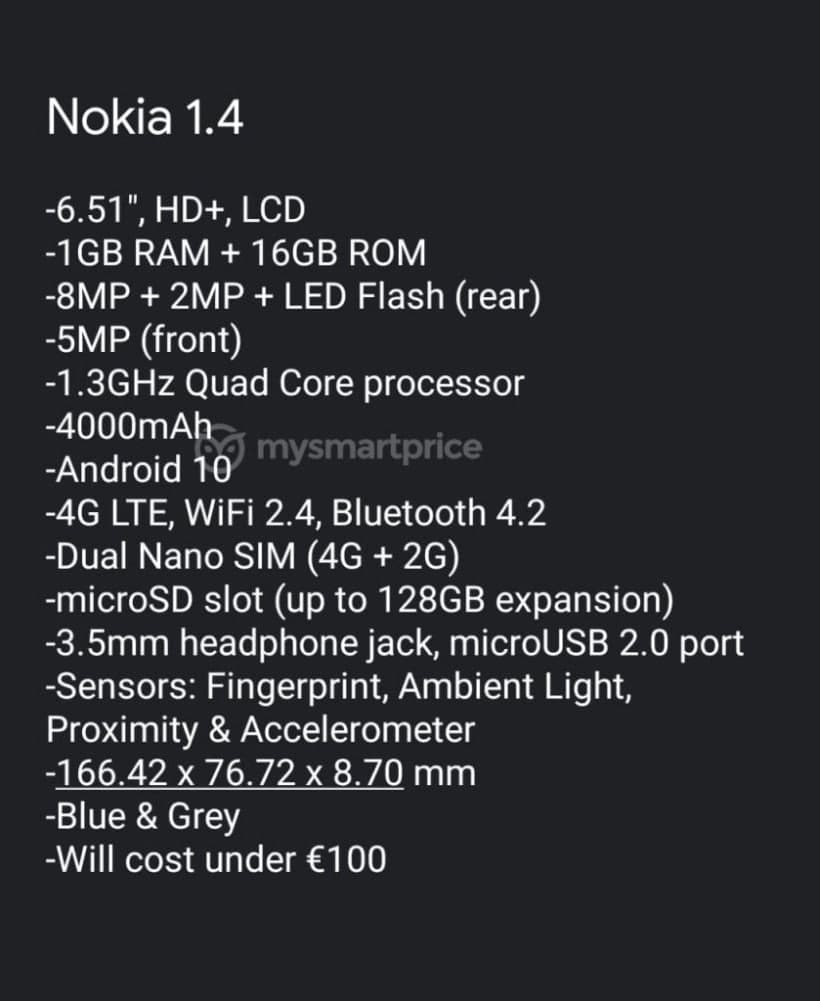 Nokia 1.4 supports dual cards (4G + 2G), 2.4GHz WiFi, and Bluetooth 4.2, equipped with ambient light, proximity, and acceleration sensors. Nokia 1.4 will be the first Nokia 1 series device to provide a fingerprint sensor, and will also have a 3.5mm audio jack.

The size of the Nokia 1.4 is 166.42×76.72×8.70mm, and it will be available in blue and gray versions. As mentioned above, the price of this smartphone will be less than 100 Euros, and the specific release time is unknown. 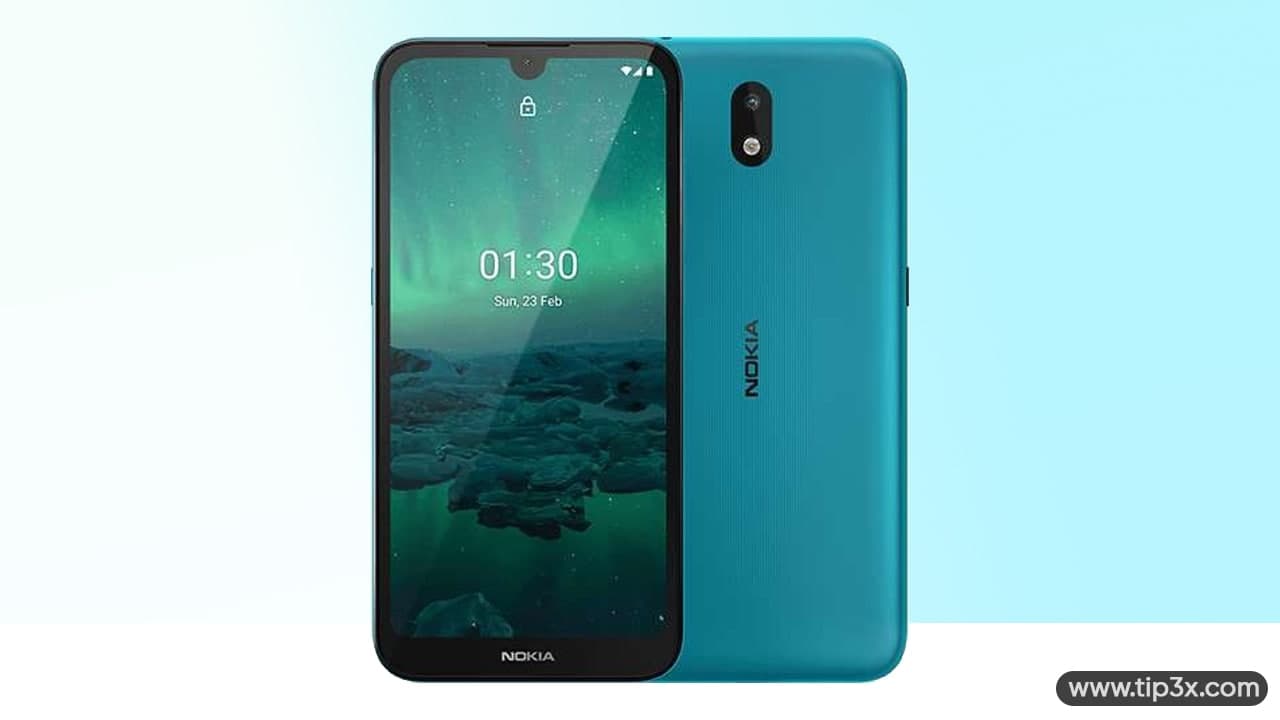