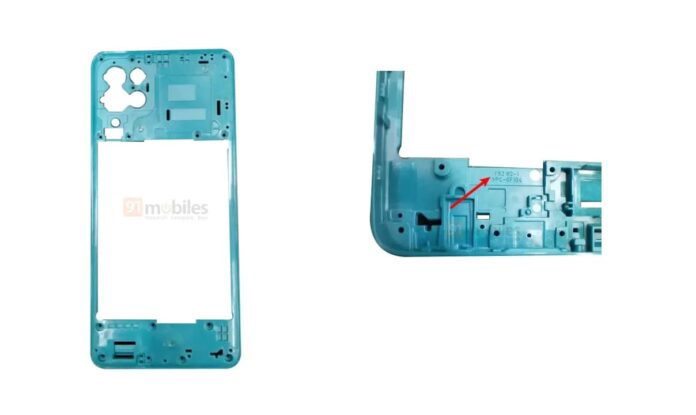 Previously, a model called Samsung Galaxy F62 appeared on the GeekBench running sub-site or hinted that it will be released soon. Subsequently, news confirmed that the aircraft has now begun production at the Samsung factory in Noida, India.

Recently, 91mobiles reported that the middle frame of this phone has now been fully displayed in front of everyone, and some parameter information has also been exposed.

According to the information reported on the website, some pictures of the middle frame of the Samsung Galaxy F62 mobile phone have appeared. The pictures show that the phone adopts a rear four-camera design with four lenses arranged in a square shape. There is a 3.5mm headphone jack and USB-C charging interface. 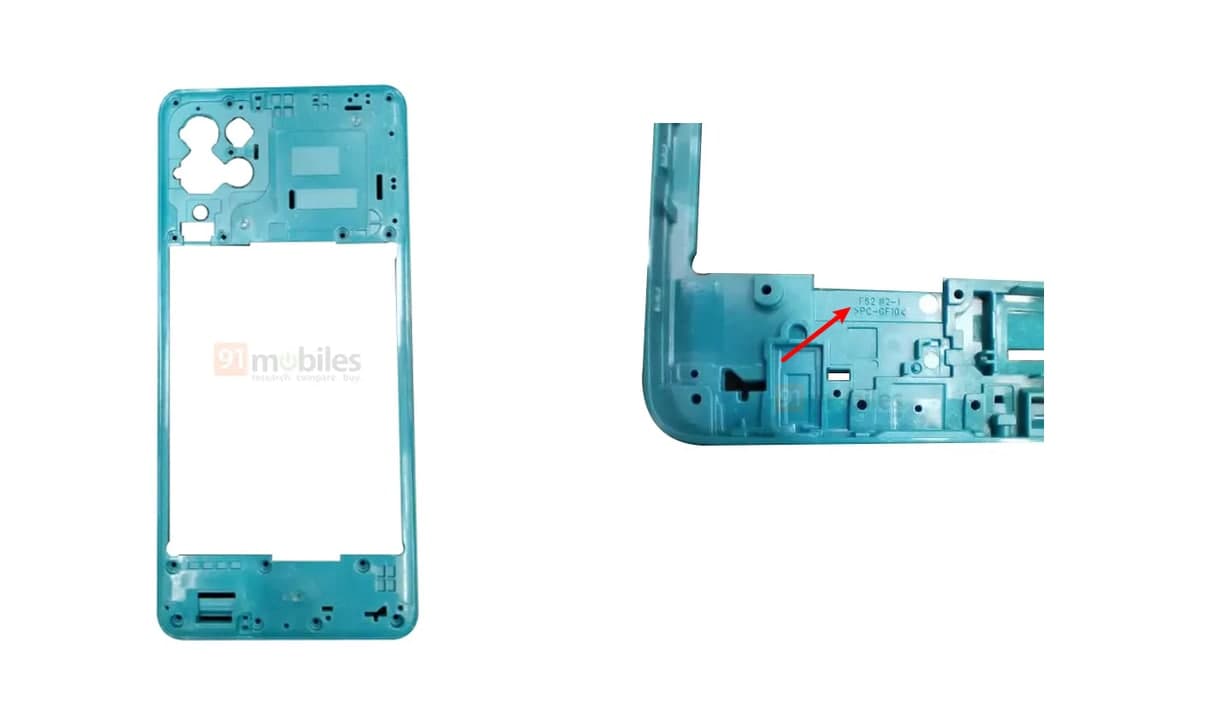 There is another area worth paying attention to. The words “F62” are engraved on the lower part of this mid-model module, which just proves the existence of the Samsung Galaxy F62.

In other respects, according to previously collected information, Samsung Galaxy F62 is equipped with a Samsung self-developed Exynos 9825 processor, supplemented by 6GB of storage, at least 64GB of memory space, and running Android11 ​​system.

In addition, some users speculate that this phone will support a 4G network connection, dual-band WiFi, Bluetooth 5.0, equipped with a 64-megapixel main camera, ultra-wide-angle lens, depth-of-field sensor, and a wide-angle lens.