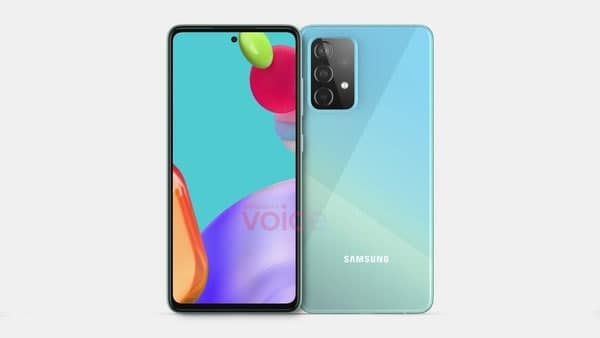 Most of the new products released in the mobile phone market are basically 5G mobile phones. This sentence should be correct. However, there are some brands that are keen to launch 4G mobile phones in some countries or regions where 5G network coverage is not so good.

On December 16, Samsung Galaxy A52 4G appeared on the running sub-site, let us know some information about this phone in advance.

From the information published on the Geekbench website, we can see that the model of the Samsung Galaxy A52 4G is SM-A525F gained a single-core score of 549 and a multi-core score of 1704. The performance is still good. It may be positioned in the mid-range market. 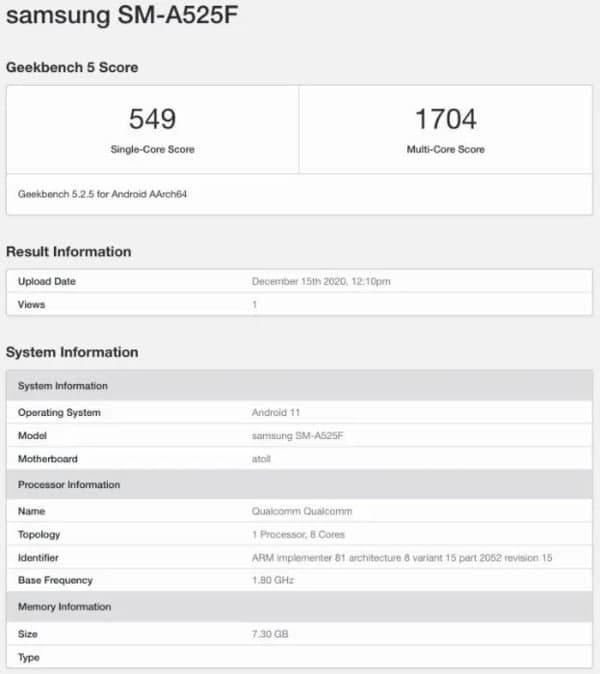 According to the information published on the website, this phone should be equipped with a Qualcomm processor, possibly Snapdragon 720G, equipped with 8GB storage, running Android 11 system, and only supporting 4G networks.

The rendering of this device is already leaked on the Internet, and we can take a look at its design. The front of the Samsung Galaxy A52 4G is a display with a single-hole design with a relatively small aperture.

It adopts a rear four-camera design, and there is a flash on the camera module. In addition, this phone is also equipped with a 3.5mm headphone jack, Type-C charging port, and so on.