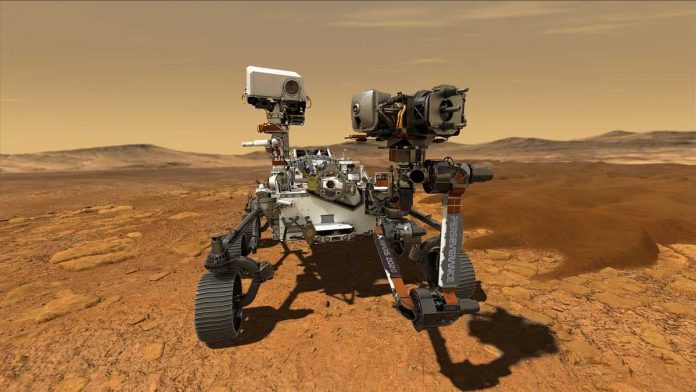 However, its MEDA team launched the system for the first time on February 19 for half an hour. Later that day, the team received the first batch of data from the system, confirming that it survived the landing on the Red Planet with the Perseverance rover. This system weighs 10 kilograms and is equipped with many sensors that enable it to measure many atmospheric conditions and dust levels at any time, including relative humidity, pressure, wind, air temperature, radiation, and ground temperature.

Although NASA pointed out that Perseverance’s MEDA system has some important upgrades, including in addition to surface temperature, it can also measure temperatures at multiple altitudes, and it can also measure The “radiation budget” near the surface of Mars. MEDA is also more durable than REMS and will provide regular measurements in the coming years for experts to use.

The team was able to compare these data with the atmospheric information sent by the REMS system of the Curiosity rover at Gale Crater, revealing that the atmosphere at Jezero Crater was clearer. The researchers were also able to use the system to confirm their prediction model. The atmospheric pressure measured by the system was 718 Pascals”.

Huawei’s new generation of folding screen models will be released at...

Samsung’s goal for 300 million smartphone shipment may not be achieved...