Then some users reported some problems after installing the update, such as the blue screen of death. Microsoft has confirmed that the February 2021 cumulative update may indeed cause the webcam to be disabled and is investigating other feedback.

According to user feedback, Windows 10 KB4601319 seems to interrupt support for Intel RealSense Depth camera and Razer Stargazer. Rolling back to install the last version of the cumulative update can temporarily solve this problem, and several users have reported that ‘the virtual driver has disappeared from the imaging device.’ 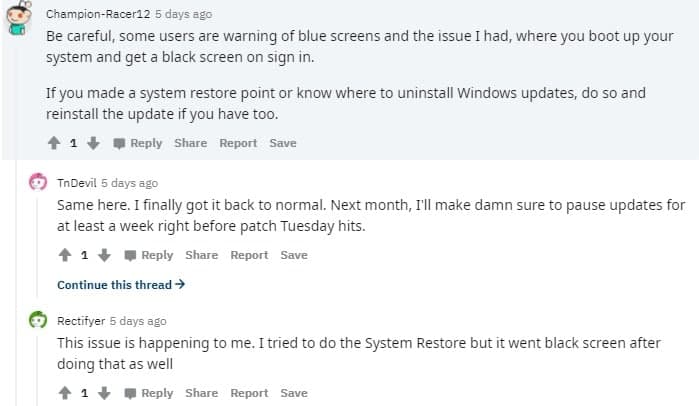 In Microsoft’s support ‘Feedback Center’, a software engineer has now declared that the company is aware of these issues and is working on fixing them.

‘Thank you for telling us about the problem with the Intel Realsense camera. We are aware of this bug and are working on a repair. In the meantime, if you need to get your camera to work, please follow the instructions to remove the installed Windows update.’

Some users say that KB4601319 affects the work of their wireless mouse, auxiliary display, and other hardware, and some even report that they have encountered a blue screen problem.

If you cannot uninstall it through Windows Update settings or the ‘Control Panel’, you can use the built-in ‘Recovery’ option or ‘Media Creation Tool’ to restore the operating system.

Apple’s foldable smartphone will be launched on the market as early...

These are the best Android games similar to COD in year...