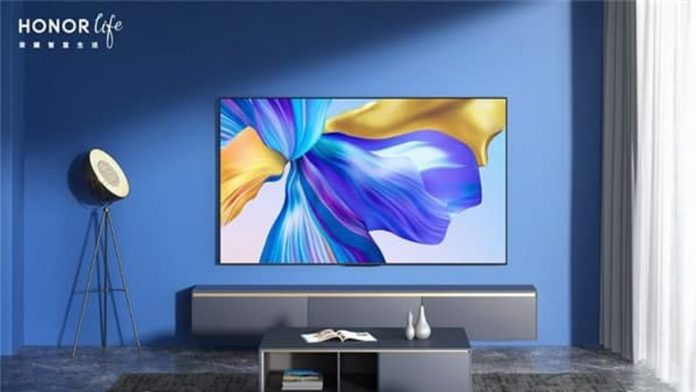 The official Weibo account of Honor has released a new poster of its upcoming new Honor Smart Screen X1 series. The poster suggests that the size of the new product has expanded to 75 inches, and the product positioning is bigger, more beautiful, and smarter.

In addition, we have also noticed that this product has already opened an appointment on the e-commerce platform before, and many users have begun to make appointments first.

Looking back on the previous product line, the Honor Smart Screen is currently divided into the standard version, the Pro version, and the X1 series, and the size is mainly focused on 50/55/65 inches. And this time, the new Honor Smart Screen X1 series is further explored in size, and the motivation behind it has to trigger user associations.

Especially at this key node where New Honor separates from Huawei and develops independently, every move of New Honor products hints at future product layout plans. The launch of the 75-inch Honor Smart Screen X1 series may mean that Honor will usher in an upgrade of the entire product line, which will further promote the formation of an integrated product ecosystem. 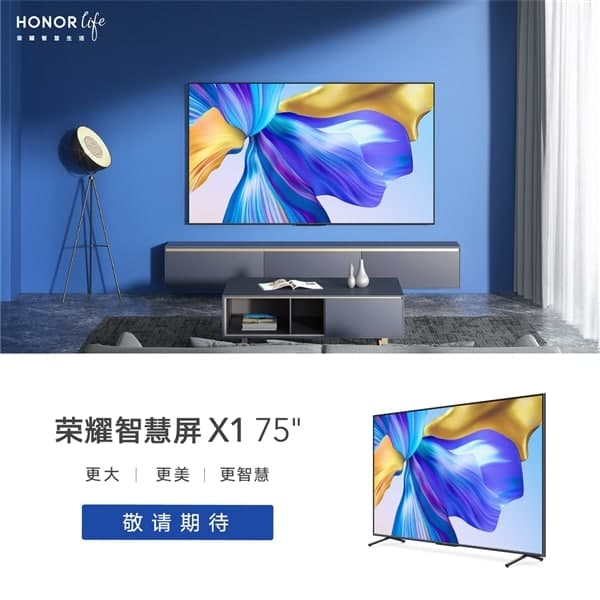 According to AVC, “The color TV industry will continue to grow in size in 2021, and the market share of 65-inch and 75-inch products will continue to grow, which is expected to grow by 2.6% and 1.8% respectively; the average size of China’s color TV market will increase in 2021. To 53.1 inches, an increase of 1.9 inches compared with 2020, the speed of the process of large-size is accelerated.”

Under this trend, users will inevitably seek large-screen products to upgrade their lives, and Honor’s entry into the large-screen market at this time will help consolidate the road to the layout of the three-dimensional product ecology. Moreover, the independence of the new Honor also brings a broader space for development. In the face of brand upgrades and industry development, the Honor of the wisdom screen has further motivation to explore.

It is worth noting that earlier media broke the news that Honor is about to release V40, also focusing on experience upgrades. Combined with the official announcement, we can speculate that these two new products may be released at the same time.

Many manufacturers have released new products recently, and Honor’s new product launch conference may also be coming soon. What excitement will the new Honor bring to us? We will wait and see.

Xiaomi Mi Band is bringing a couple of new products to...

Apple will remove 94,000 unversioned games from the App Store in...

Microsoft has released new Surface Pro 7+: Expected to equipped with...

Honor has launched the Honor Band 6 smart bracelet for the...