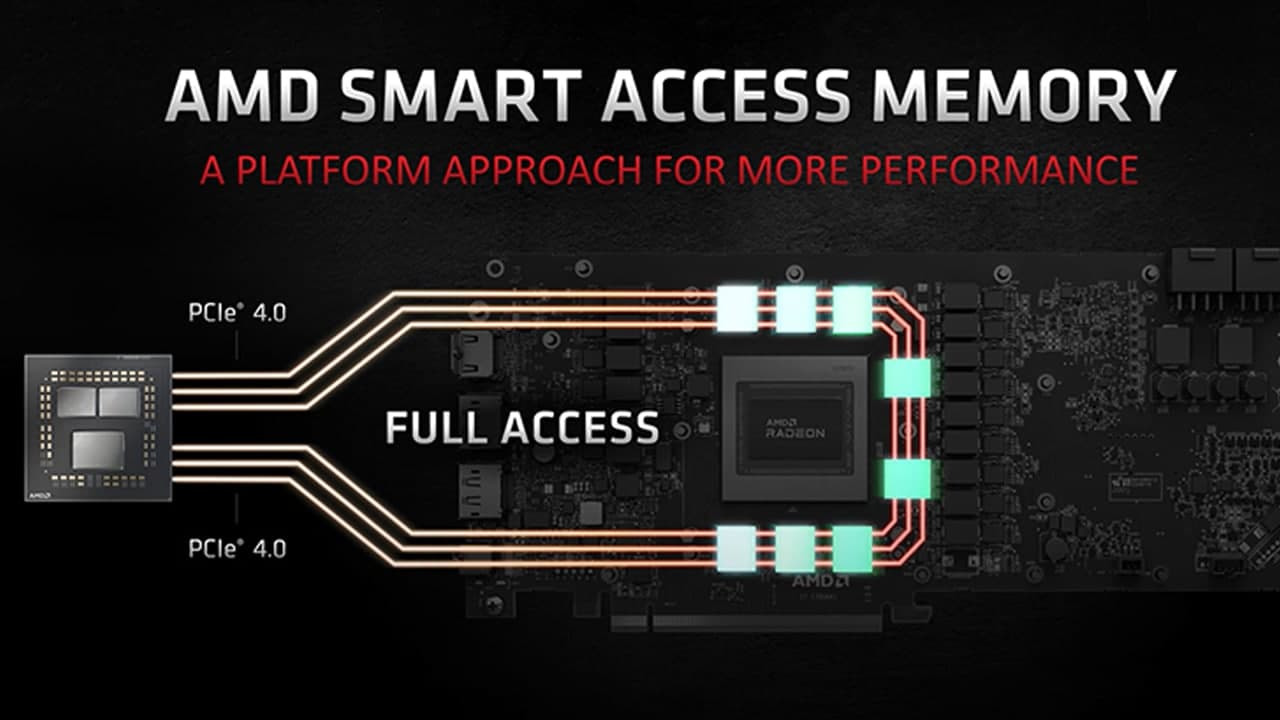 When AMD released the Ryzen 5000 processor and RX 6000 graphics card, it launched a smart memory access technology called SAM (SMART ACCESS MEMORY), which allows the CPU and GPU to be optimized jointly, and the performance is increased by more than 10%.

The principle of SAM is not complicated. In traditional Windows-based computer systems, the processor can only access 256MB of video memory (VRAM) at a time, which limits system performance.

Through AMD Smart Access Memory, the data channel is expanded to give full play to the potential of GPU memory, thereby using PCI Express bandwidth to eliminate the bottleneck of performance improvement. This feature will provide users with a better gaming experience.

SAM technology was originally supported by AMD’s Ryzen 5000 and RX 6000, but this technology is not proprietary, and essentially comes from the PCIe specification, so Intel and NVIDIA can also support it.

Now there is no need to wait for them to take the initiative. Motherboard manufacturers have taken the lead in supporting SAM-like technology on other platforms, called Re-Size BAR. ASUS, Gigabyte, and MSI have their own solutions to use SAM or related technologies for Intel, On the NVIDIA platform.

In general, on MSI motherboards, whether it is AMD’s 400 and 500 series motherboards, or Intel’s Z490, B/H 400 series, the BIOS already supports this function, and the graphics card supports AMD’s RX 6000 and NVIDIA’s RTX 30 Series and can be randomly matched, A+N, I+N, I+A, A+A, I+N are all available, the three manufacturers coexist harmoniously.

Samsung Galaxy A52 5G to launch soon in India as it...