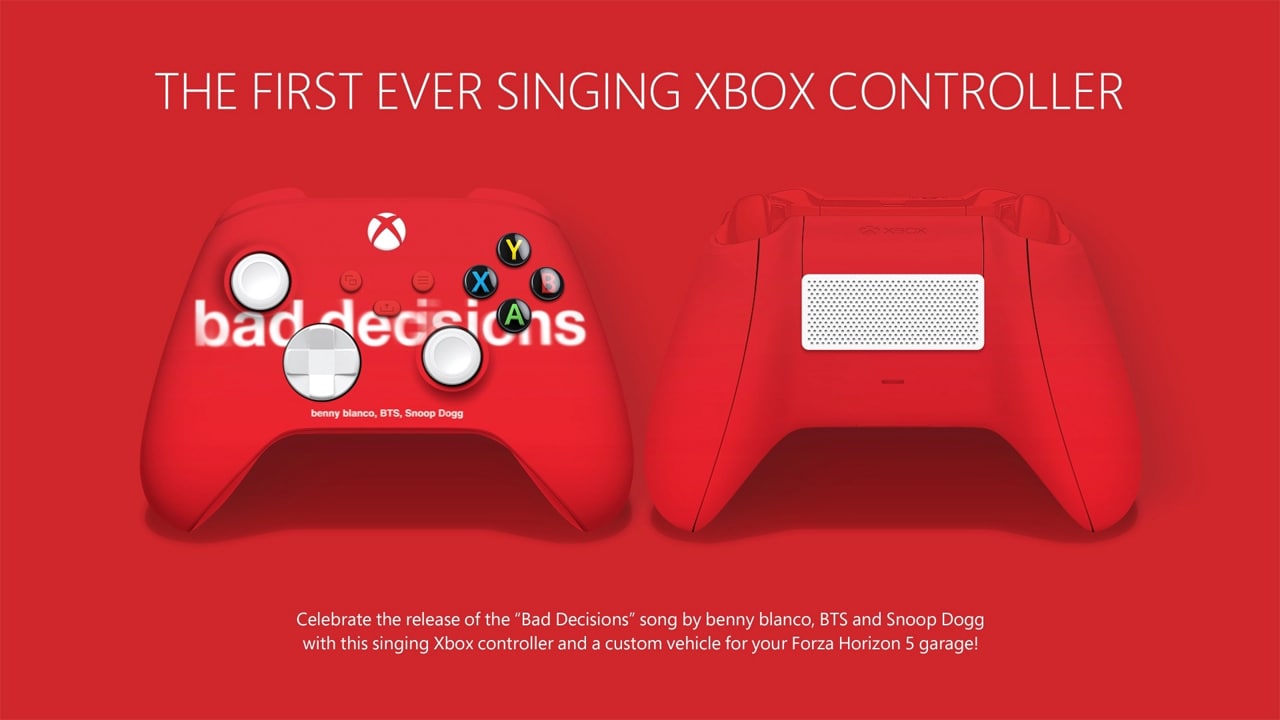 “The Xbox Singing Controller” was built to celebrate the release of the single “Bad Decisions”. This Xbox controller features a bold red theme and is signed by the artist. Of course, there are speakers on the back, and you can listen to songs with the push of a button.