OPPO officially announced that the OPPO Watch 3 series is the world’s first Qualcomm Snapdragon W5 wearable platform, with the slogan “New flagship, new chip”. At present, the specific release date of the OPPO Watch 3 series has not been announced, and the official poster shows “stay tuned”, which is expected to be released in the first half of this month.

Moreover, the Qualcomm Snapdragon W5+ and Snapdragon W5 wearable platforms were released on July 20. They use large and small core processing architectures, which can effectively allocate tasks and use different cores to handle different task loads to achieve the purpose of saving power consumption. 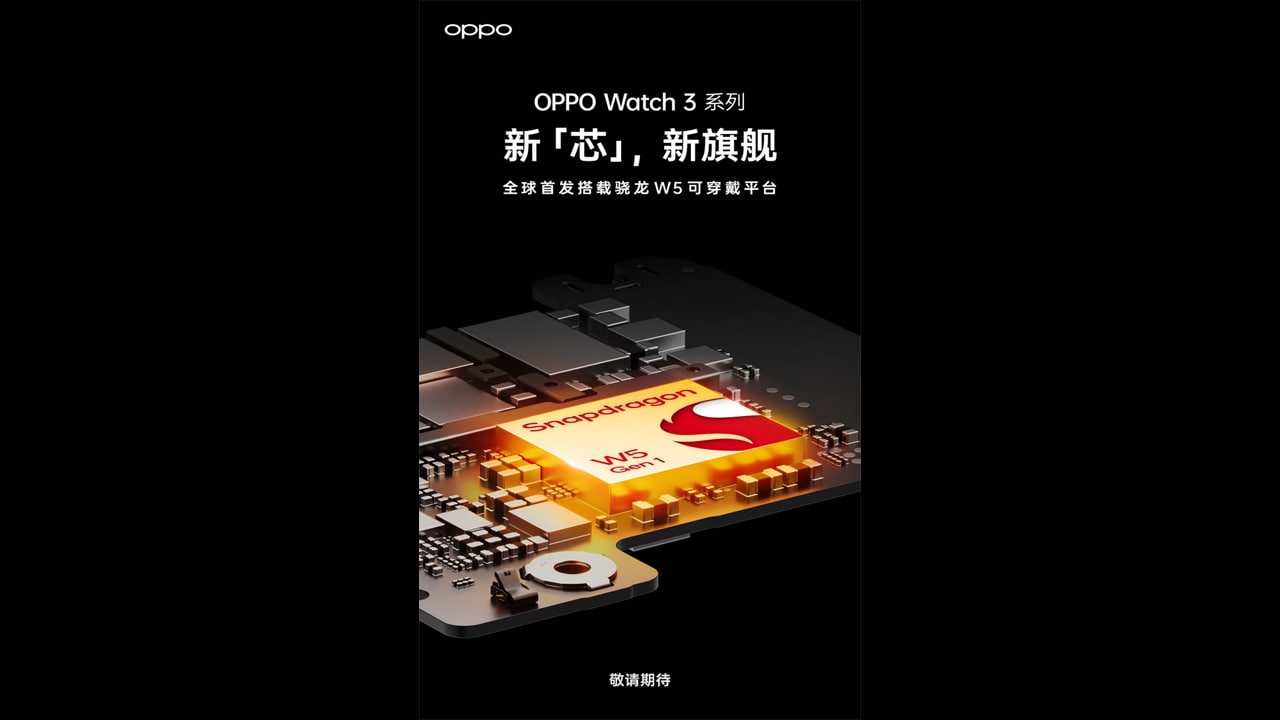