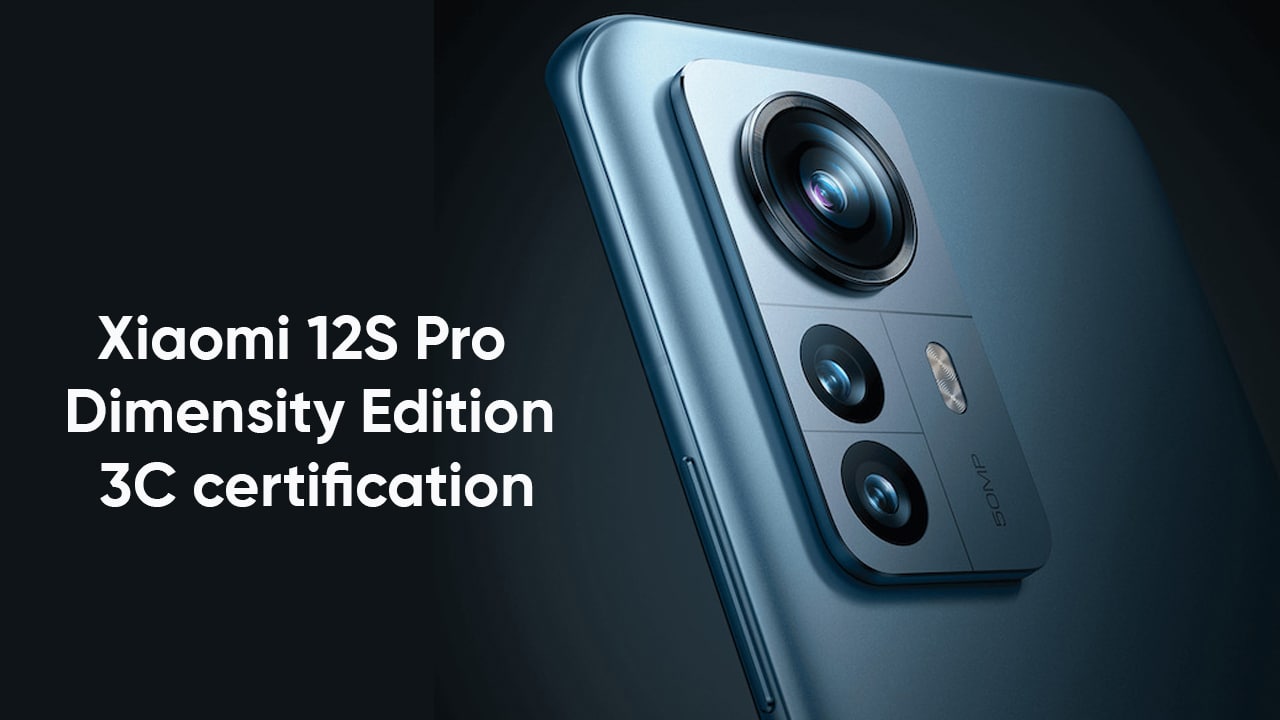 Xiaomi 12S and Xiaomi 12S Pro smartphones will soon launch in China. The Xiaomi 12S lineup is the successor to the previous Xiaomi 12 series.

Previously, the device was spotted in the Mi Code with model number 2207122MC and the Xiaomi 12S Pro Dimensity Edition has now been listed in the 3C certification. And the devices are in rumors all around and are not too far from being officially launched in the country.

Moreover, the upcoming device is listed with the 3C certification under the model number “2207122MC”. The alphabet “C” in the model number indicates the Chinese variant. It could mean that the phone will be exclusive to the Chinese market. As per the report, it is the Dimensity 9000 variant of the Xiaomi 12S Pro device.

According to the 3C certification, the listing doesn’t reveal anything about the device except the charging specifications of the device. the device will come with the 67W fast wired charging support.

Both the devices will debut with the latest Snapdragon 8+ Gen1 chipset. The Xiaomi 12S Pro Dimensity Edition was also confirmed to be the first Xiaomi flagship powered by MediaTek Dimensity 9000 chipset.

Besides this, the 3C certification doesn’t unveil any of the details on its pecs or launch. We may get to know more in the coming days or weeks.

According to rumors, this forthcoming Xiaomi 12S Pro Dimensity Edition, with specifications such as a 6.73-inch Super AMOLED display with up to 120Hz refresh rate,  a 4600mAh battery with support for 67W fast wired charging, a 50-megapixel triple rear camera, a 32-megapixel front-facing selfie camera, and much more.