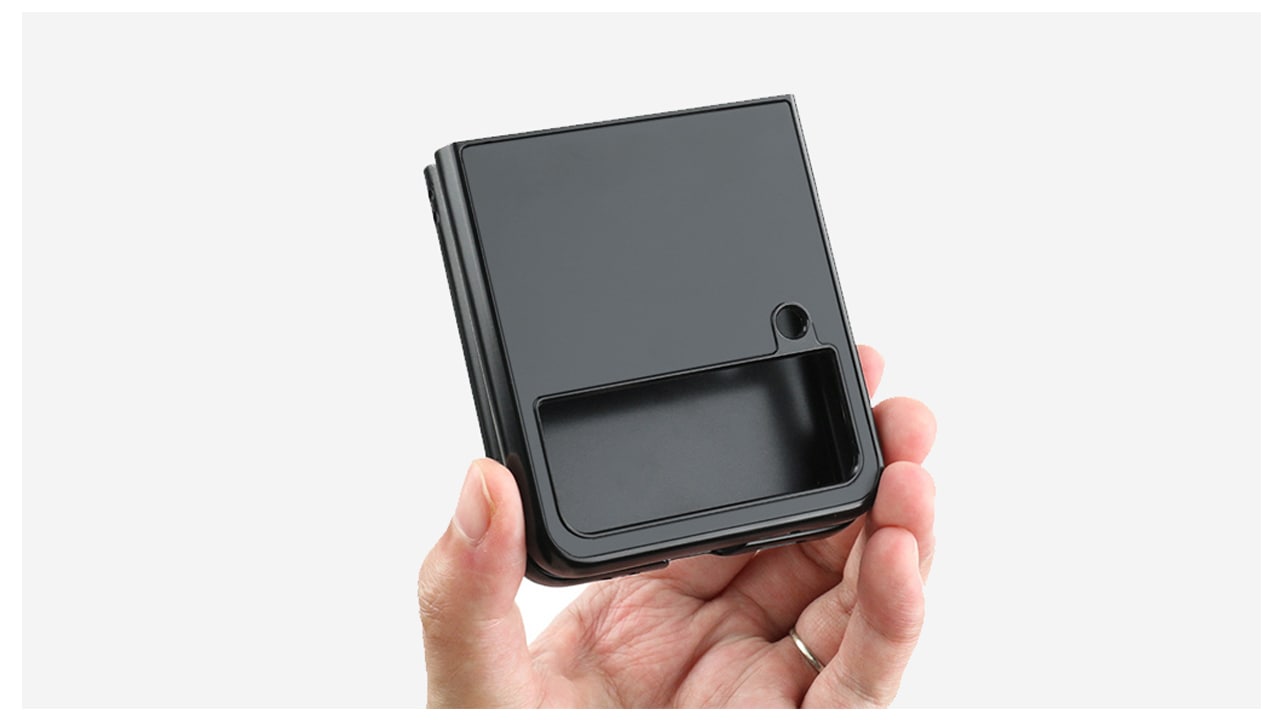 Samsung Galaxy Z Flip 3 is undoubtedly the best foldable smartphone available in the market. The device looks super cool and its features make it even more impressive. Its Cover screen on the other hand has a lot of functionalities that are more than just surface level.

Meanwhile, customers are waiting for the next generation foldable smartphone – Samsung Galaxy Z Flip 4. The device will reportedly come with additional new features, a slightly bigger rear display with more compatibilities, a powerful battery, and others.

In the past weeks, we have witnessed various Samsung Galaxy Z Flip 4 leaks and rumors. Fans have even created the concept render of the upcoming smartphone that shows narrower display bezels, a tall flexible display with a punch-hole cutout, a dual-camera setup, and more.

Moreover, the tipster Ice Universe has revealed the protective case of the upcoming Samsung Galaxy Z Flip 4 phone. Previously it was rumored that the flip 4 will have a bigger back screen than the predecessor Galaxy Z Flip 3 but now it looks like the company hasn’t made any changes to the rear display.

It has the same two-camera setup along with an LED flash below the camera. However, the hinge part has been changed and become very narrow.