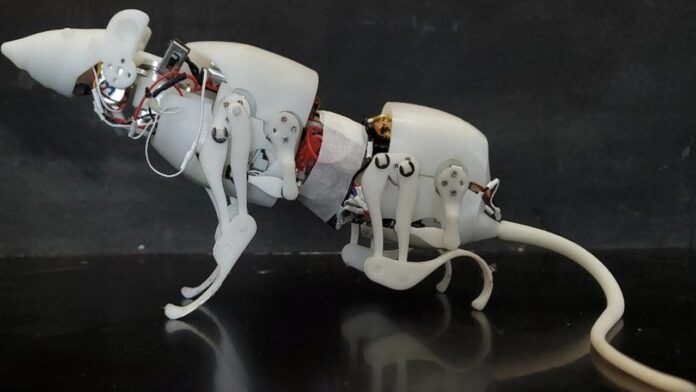 A robotic mouse SQuRo from BIT can not only move flexibly in a narrow space but also easily complete various movements and transform, such as squatting up, walking, crawling, etc., it is simply an “artifact” to deal with sudden disasters or narrow pipelines.

It can also turn around quickly within a small radius that is less than half of its body length, and bite its tail to make a 360° circle (the radius is much smaller than other robots).

Crucially, the mouse is still very capable of carrying loads – so far it has successfully carried a weight that is 91% of its own weight (200 grams) through a field with a 20° inclination.

The first author of the research paper, Professor Shi Qing of the Beijing Institute of Technology, said that there are many-legged robots on the market, but most of them are not good at coping with narrow spaces.

Previously, few people have designed a multimodal control framework capable of planning motion for small quadruped robots weighing less than 1 kg. Multi-modal control refers to a control method in which the strategy is constantly changing with the operating state of the system. 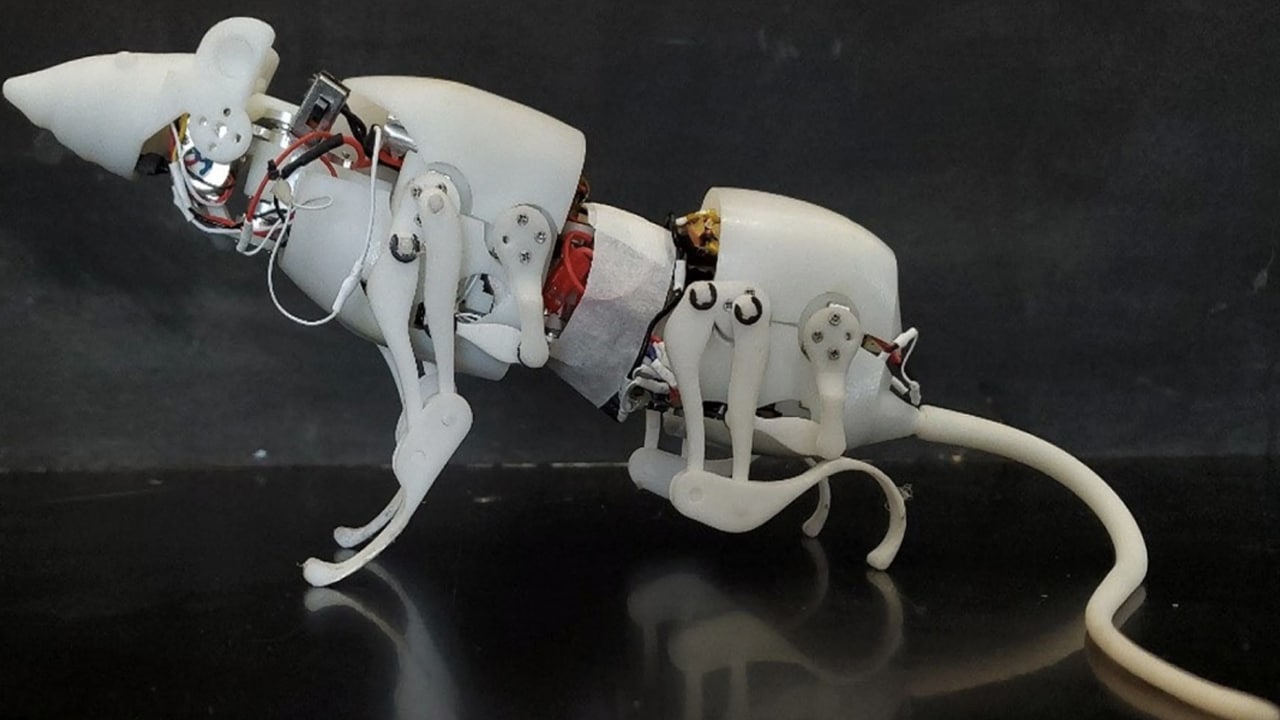 The most suitable control algorithm can be selected in real-time, and the switch can be selected at the right time to make the system more stable, accurate, and responsive.

Due to scale constraints, small robots have few hardware components, which leads to their low perception and processing power.

In addition, existing robotics research mainly focuses on dynamic stability and mechanical constraints, while ignoring the kinematic characteristics of a certain kind of robot-like creature.

Researchers found that mice are very agile in various narrow and complex environments, so they are ready to “learn lessons” from mice from a biological point of view.

First, X-ray films were used to record the skeletal structure of the mouse in motion to extract key motor joints, and then a basic model of a quadruped robotic mouse was established.

Moreover, the robotic mouse SQuRo weighs 220 grams, similar to the weight of an eight-week-old black-haired mouse; it is also about the same length as a real mouse.

According to the analysis of X-ray films, the research team found that mice mainly rely on these three main functions to combine various movements: