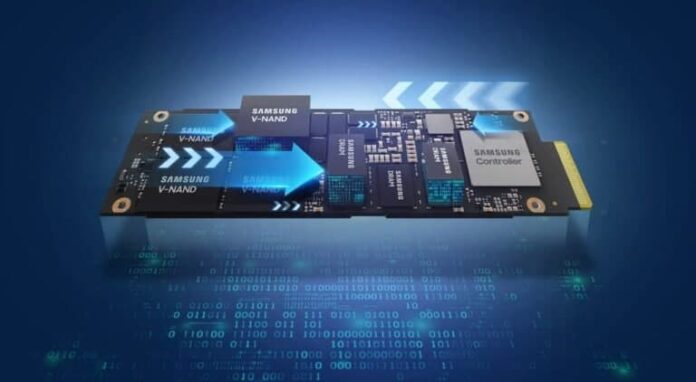 Apart from smartphones, Samsung also has a wide range of SSDs which allows users to perform computing tasks at high speed. Whether it’s playing graphic-intensive games or rendering high-res videos these compact storage devices handle all with ease.

The Korean tech giant offers the premium 980 range of NVME SSDs, EVO SSDs, portable external SSDs, and other storage devices. However, these storage machines are made for normal consumers who used to work from home or the office.

But from the latest news, we found that the company has also designed some special SSDs for its industrial clients, which is known as PM9A1 SSD. Moreover, it is a 4th generation PCI technology that is qualified for OEMs which usually work on a large scale, most likely in the field of PC and laptop manufacturing.

Just like the popular 980 Pro SSDs, the PM9A1 delivers sequential read speeds of 7,000 MB/s which is actually 50% faster than the regular SSDs. However, it can also boost the random read speeds by 50 percent to 1,000K IOPs for better system response.

“The PM9A1 represents a big step forward for SSD technology. From our newest generation V6 NAND, to the custom firmware and controller, everything is developed in-house to deliver the best performance available in the market,” said Jaejune Kim, corporate senior vice president of Memory Marketing at Samsung Semiconductor, Inc.

Due to this, PM9A1 perfectly suited for a wide range of demanding applications and other heavy tasks including gaming, V/R, and A/R, graphic design, as well as video editing

“In demanding applications such as gaming, V/R, and A/R, graphic design, as well as video editing, storage is becoming increasingly important not just as a data repository, but as a key technology enabler. The PM9A1 is an essential building block to next-generation computing.”

For storing the heavy data of the user the new devices have a storage capacity of 2TB including features related to performance optimization and data protection. So that it fulfills the requirements of the entire user base. 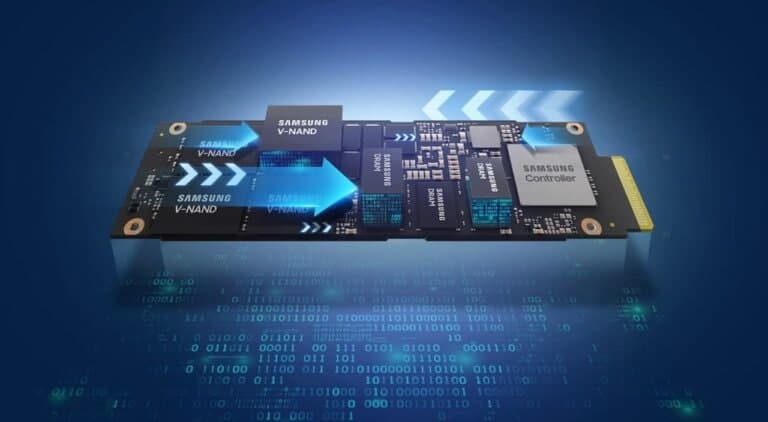 Talking about the other aspects, the PM9A1 uses sixth-generation V-NAND, which has a 12% faster read & 20% write speed. Not only this, it can reduce the power consumption by 15%, compared to the previous generation.

The drive is also equipped with advanced thermal control technology that allows the user to perform extreme tasks without bothering about overheating. Besides, Samsung’s PM9A1 SSD is shipping on select devices from HP and other major PC OEMs, which will further be extended for wider availability at the beginning of Q2.

“There is a clear demand for PCIe Gen4’s capabilities and HP is working closely with Samsung to offer future support for the PM9A1, delivering increased bandwidth for even greater performance and seamless workflows for data-intensive users,” said Jim Nottingham, general manager, and global head, Advanced Compute and Solutions, HP Inc.