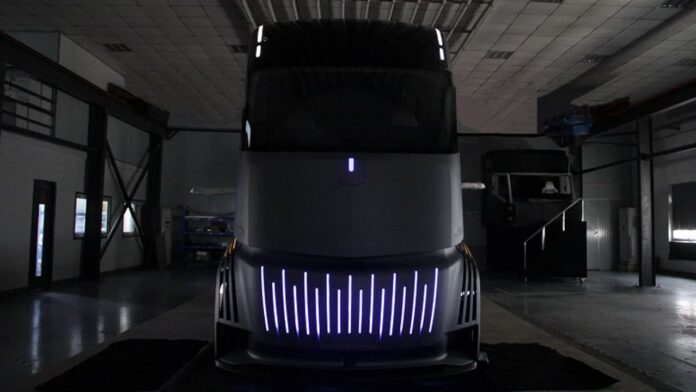 According to the latest report, the Chinese company Geely is currently preparing to announce a new electric truck, the main competitor of which will be the Tesla Semi.

Automotive journalist Greg Kable posted the first images of the new truck on his Twitter page, which were posted on the website of one of Geely’s suppliers.

Sources say that the exact name of the car is not yet known, but it runs under the model number AD21. The electric car will be sold by a separate Geely division called Farizon.

It is expected that the Geely Farizon electric truck will receive very unusual vertical optics, and the cabin will have a streamlined shape. Insiders add that it will offer best-in-class aerodynamic performance. The range, battery capacity, power, and torque are kept secret for now.

1/3 Geely's heavy-duty electric truck has been exposed in images uploaded to a supplier website. Codenamed AD21, the European engineered semi is set to be sold under the Farizon brand, offering what insiders suggest will be class-leading aero and … <cont.>@GeelyGlobal pic.twitter.com/kmvzDATCvv

How to scan QR codes on an iPhone?

Samsung Galaxy A60 getting Android 11-based One UI 3.1 update

How to set up and use Apple Pay on an iPhone?